Articles have been surfacing recently trying to defend the beaten-down frac sand sector. Even though they are raising much-needed points, such as “brown sand is inferior quality compared to white sand and can damage rigs” and, “all of the supply either won’t come online, or won’t be adopted”, this improved perception still allows fear to linger over the sector; it doesn’t alleviate the 100 mesh margin worries that the big 4 supposedly face.

Please let me clear the air. First of all, brown sand cannot be railed viably past the mid-con area because it defeats the purpose of brown sand savings (through avoiding rail, and using trucks instead).

An operator won’t risk his multi-million dollar well and equipment to brown sand, which causes duning and blowbacks from inferior crush, when he could get Northern White at the same price without the damage (since Northern White has a higher CRUSH strength and better turbidity than brown).

So, by virtue of the inability of Permian brown sand to reach the rest of the continent’s shale basins by rail, which represent the other 50% of drilling and sand demand, then 50% of the Big 4’s 100 mesh white margins are automatically insulated from 100 mesh brown additions (assuming they evenly split 100 mesh shipments between the Permian basin, and outer basins in North America. Hi-Crush (HCLP) only sends 40% of their white to Texas). 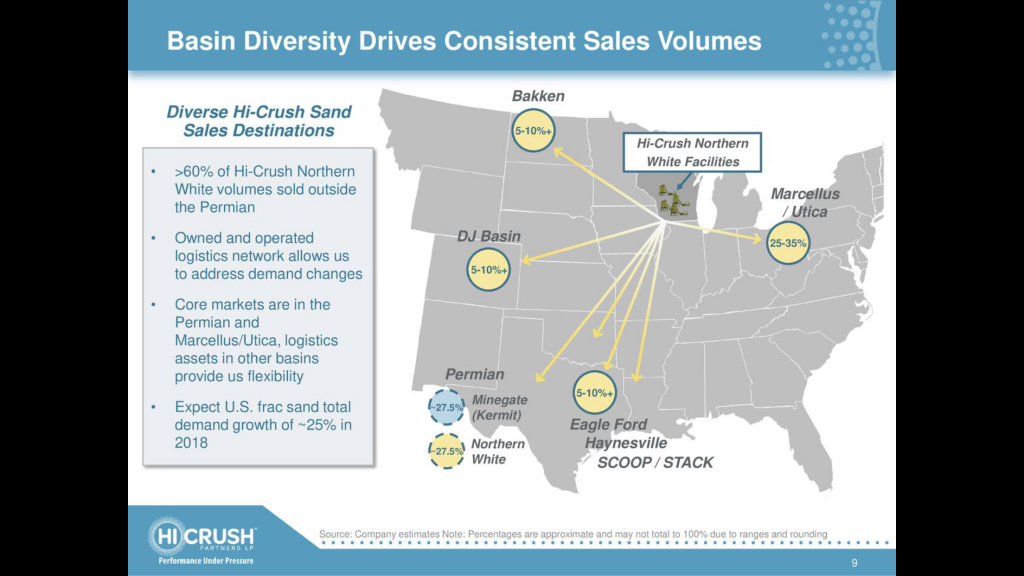 Not only are margin risks to half of their revenue automatically cut in half due to basin locations, but since the local brown supply announced is primarily 100 mesh, then margin erosion is STRICTLY confined to 100 mesh for the Big 4 sand players as well.

Again, all brown supply additions need to be thought of in terms of a 100 mesh grade problem, with inferior properties that most drillers won’t even adopt. This notion of ‘rampant local 100 mesh oversupply, in every basin even someday, would only be a problem if local-brown 100 mesh was the only grade used in fracking, or represented a large part of the Big 4’s revenues. But it doesn’t.

On a blended basis, accounting for ALL grade types sold and ALL basin sand demand outside of the Permian, 100 mesh brown sand doesn’t even make a dent in the Big 4’s margins; rather, they just ‘flatten’ some, to paraphrase an executive from Hi-Crush (HCLP).

Let’s take Fairmount (FMSA), for example. 100 mesh accounts for 30% of their business (including Permian operations).

Then, one has to look at the FULL adoption rate of brown 100 mesh, which won’t even happen for the reasons stated above.

Therefore, one would conclude that only 15% of Fairmount’s business is actually affected by 100 mesh pricing, if that, when all factors are considered.

The same could be said about U.S. Silica (SLCA) and Emerge Energy (EMES), again assuming their sand is shipped evenly between Texas basins and outer basins (the executives of these companies will not breakout grades by regions because every well is too complex).

In conclusion, investors need to look at the new brown supply additions as inferior quality, yes, with a mixed adoption rate at best.

But, the purpose of this article is to highlight a bigger disconnect investors are having: We need to think of brown sand supply as just a 100 mesh grade problem with inferior quality that can’t leave Texas, which only affects a small part of the Big 4’s overall business.

Then, as investors see each of the Big 4’s revenues blended across ALL grade types and ALL basins, they will notice margins are barely affected, and catch a lot of bears on the wrong side of the argument. Needless to say, I continue to stay long on frac sand players. 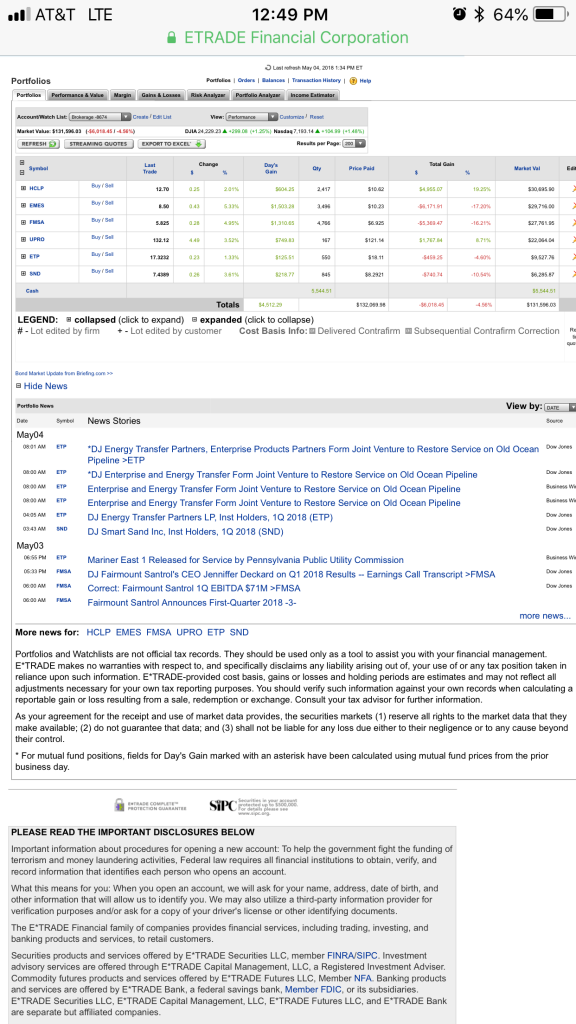 Frac sand stocks are still down for the year, but an inflection point looks to have been reached.