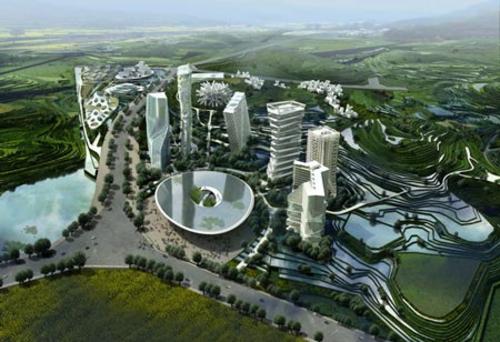 China, A Tightened EconomyJim Trippon: With many in the financial media in the west raising their voice about China (NYSEARCA:FXI) as an economy in imminent danger of plunging off a cliff, it’s obvious that the Chinese government doesn’t share that view. The Chinese policymakers have been attempting to address and manage certain economic problems, which are part of the rapidly growing process by which China has leaped into the 21st century. In the last couple of years, China’s central bank had been tightening via interest rate increases along with the required reserve ratio, or RRR, which governs the amount of cash commercial banks must keep in reserve. China has also been tightening only credit and lending to property buyers to reduce speculation and inflation, so it’s attempting to dampen its property sector, which is vastly overheated. Now China faces the effects of the global economic slowdown, mostly from Europe, on its own economy.
It isn’t as if China has somehow hidden or even tried to hide these problems. China has raised its RRR from 15.5 percent to 21.5 percent in a year and a half of hikes which ended in June. This has had the effect of removing roughly $650 billion from its economy. Inflation was running at times over 6 percent, well over the target goal of 4 percent. With the recent slowdown in the economy and forecasts for GDP growth to possibly fall under 9 percent for 2012, the government’s economic policy makers are having to scramble to meet the latest in changing conditions. Inflation has fallen, but so has growth; perhaps too far, too fast. China’s concerned also that the yuan doesn’t rise too fast. With its major trading partner, Europe, mired in its sovereign debt crisis, one of the main markets for China’s bristling export business is decidedly less robust.

Money supply, particularly M2 supply growth was growing at a tremendous rate in 2009. Now the problem is that without adjustment, M2 is projected to grow closer to 12 percent in 2012 instead of the 14 percent that is more in the target range which would be in line with an 8 percent or 9 percent GDP growth. So, a 50 basis point cut in the reserve rate in November put about $50 billion in the banking system back into circulation. More reserve rate cuts may be in the offing, perhaps several which would take the reserve rate down to about 18.5 percent.

While China’s leadership doesn’t appear to want to lower main interest rates yet, holding back that tool of monetary policy, it has expressed concern about the plight of small businesses getting credit. Some critics, however, say that the small and medium enterprises, or SMEs, which are a vital part of China’s manufacturing and economy, are not being assisted fast enough. On the other side of the credit issue, the government wants to continue to discourage the rampant speculation that’s taken place in the property market in major cities, so to that end has continued to tighten the requirements on loans for property purchases as well as enacting rules limiting the number of purchases of homes to prevent speculation. So China’s task is admittedly difficult, tightening some parts of the economy while loosening others.

Foreign capital outflows, which according to central bank foreign exchange rate information showed an outflow of $8.3 billion in October and November, have reversed their usual direction. This is in contrast to the $40 billion per month in foreign capital inflows China has been absorbing for over seven years. China is now attempting to encourage more Qualified Foreign Institutional Investors, or QFII, to bring in capital for inbound investing. To do that, China will loosen quotas which had seen the lowest inbound investment since 2007. The Qualified Domestic Institutional Investor quotas which allows for outflows, have been lower in the last quarter. Beijing is expected to accelerate raising of QFII quotas for inflows.
Look guys, the S&P 500 bounced off of support today at the 20, the vix and the dollar got their bounces yesterday (2 inverse entities of the market) that need some kind of bounce to keep stocks healthy. In other words, a bull market needs to have pullbacks to keep stocks healthy and honest.

So we got that pullback and bounce off the 20 today, and so we are going to treat it no differently than any other time we get a bounce off of support: add to the S&P here and put stop-loss below the 20.

Looking to buy HAL, a best of breed driller, here at the 50. Looks like a nice time to go long. 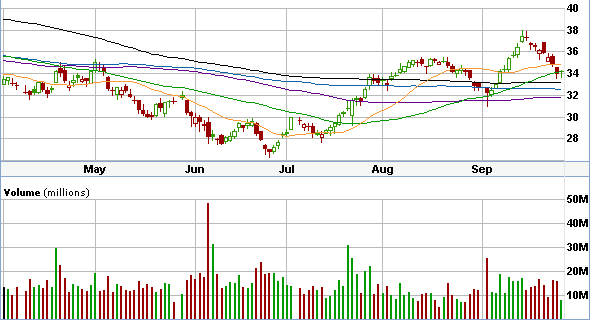 I also like BANR (Banner Bank) below on the breakout. It is a regional financial/ housing play like our other holding KEY and is a high beta so it moves big. Did the research on it and it is also a quality company. What do you think? 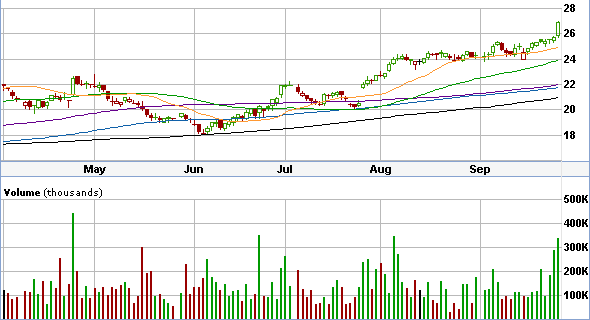