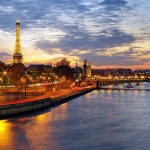 SYDNEY (Reuters) – Moody’s Investors Service has changed its outlook on the Aaa rating of the European Union to negative, warning it might downgrade the bloc if it decides to cut the ratings on the EU’s four biggest budget backers: Germany, France, UK and Netherlands.

The move will add to pressure on the European Central Bank to provide details of a new debt-buying scheme to help deeply indebted euro zone states at its policy meeting on Thursday.

Back in July, Moody’s changed its outlook for Germany, the Netherlands and Luxembourg to negative as fallout from Europe’s debt crisis cast a shadow over its top-rated countries. The outlook on France and the UK are also negative.

Likewise, Moody’s said the outlook for the EU could go back to stable if the outlooks on the four key Aaa countries also returned to stable.

The agency also changed to negative the outlook the European Atomic Energy Community (Euratom), on whose behalf the European Commission is also empowered to borrow.

However, with U.S. investors out for the Labor Day holiday, markets were stuck in a limited range.

Expectations that central banks would soon take steps to boost growth increased after separate surveys showed manufacturing activity in China and Europe slowing by more than expected in August.

“I think we’re going to see more stimulus from pretty much every central bank on the face of the planet,” said Michael Ingram, market analyst at BGC Partners.

“We’re living in a globalised economy. It’s a globalised slowdown. So policy makers have to step up to the plate.”