Not backing away from Baker Hughes (BHI). Buying the December 50’s- $2,000 worth. I said I would buy the dips in energy; just sticking to the plan. 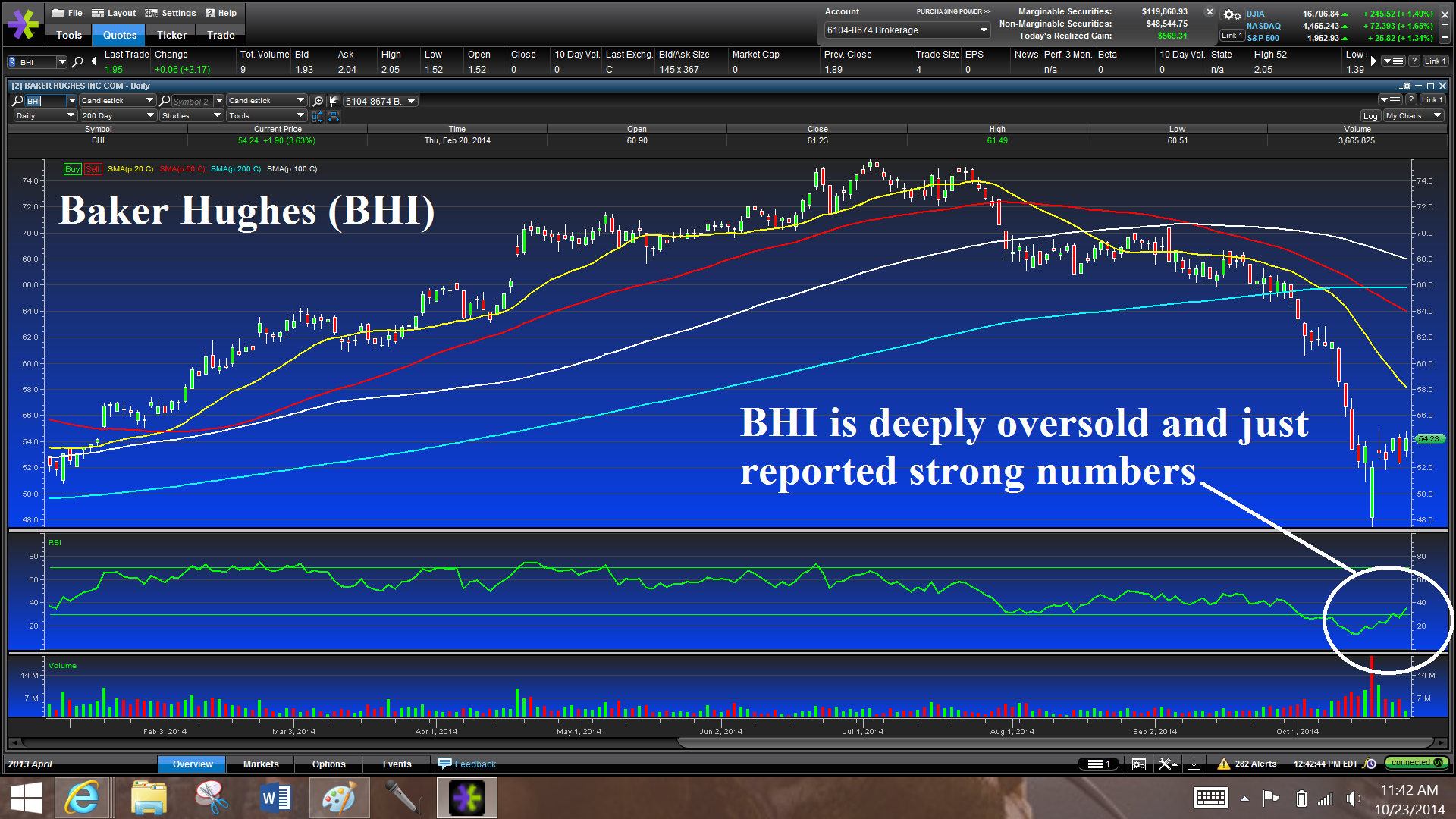 Baker Hughes is a catch-up play. It has not bounced like other energy names but should, since it is a premier services company and just reported strong earnings. 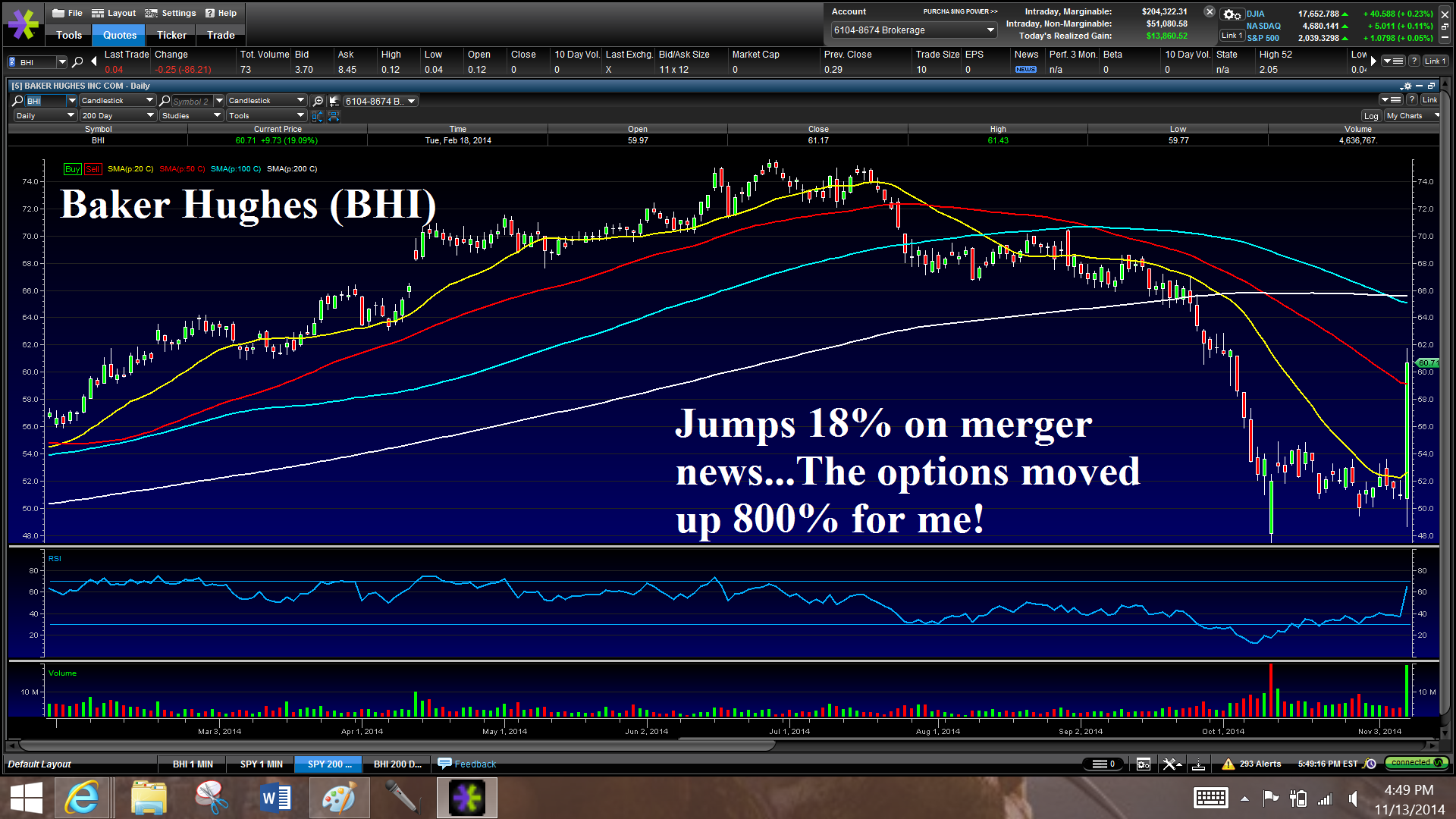 A premier oil services company like Baker Hughes is never supposed to trade at such a discount. This is why merger talks began to surface, and the stock jumps 18%. 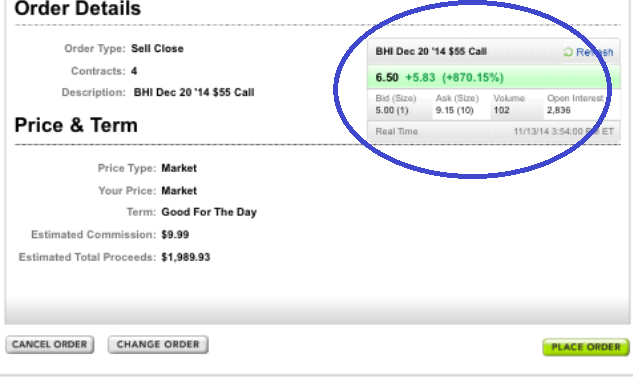 This was just one of the many rounds of calls I bought on Baker Hughes. The call option moved up over 800%. 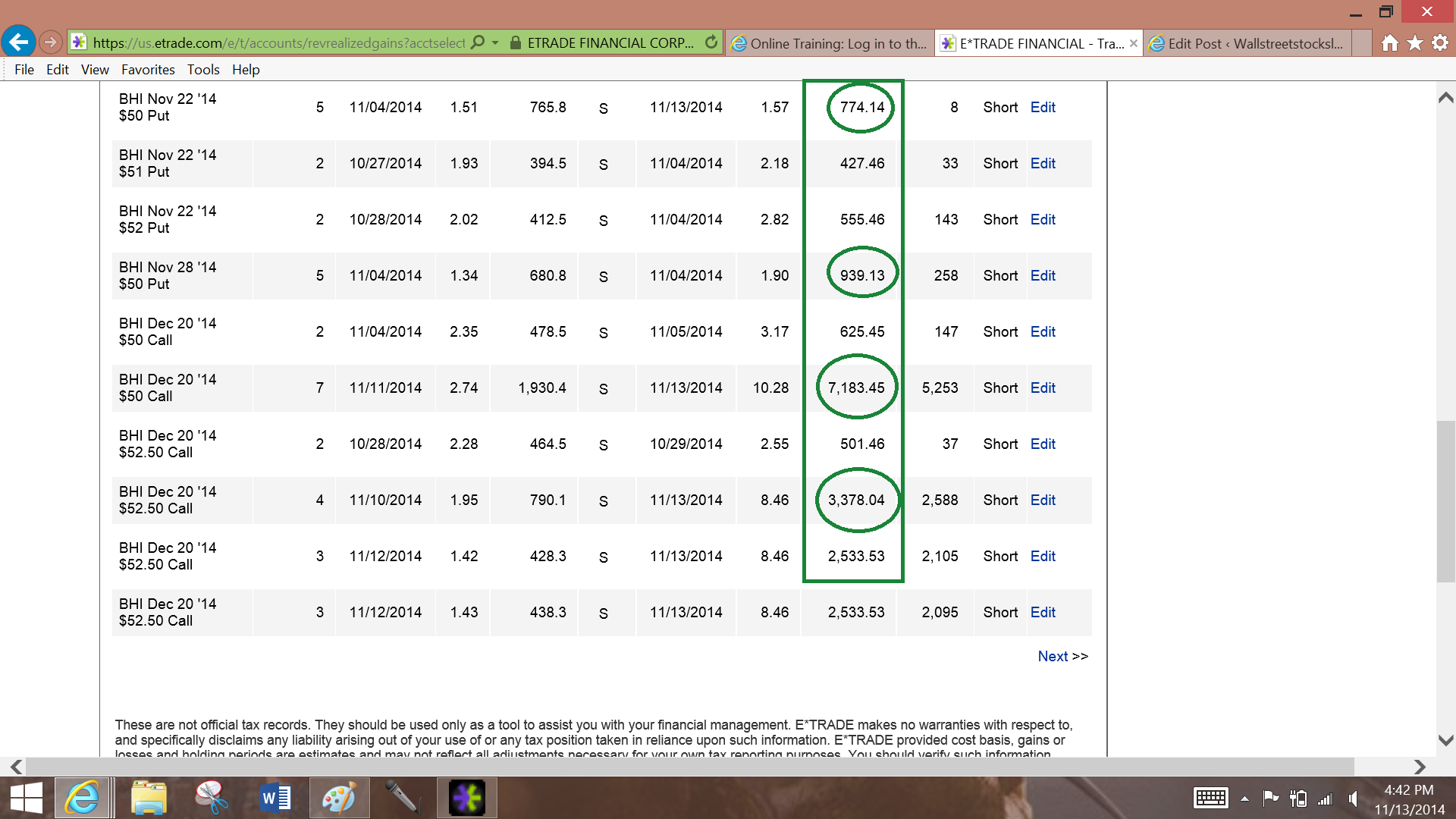 I made a good amount on the calls in BHI.