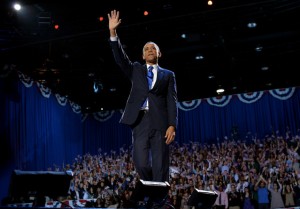 Even before the elections, we notified readers that the S&P 500 was rolling over (see older posts). We also said that we would not do anymore buying until we broke out of that range or got a lot cheaper. Well, we got a lot cheaper. It is all in the technicals though because, election or no election, this roll over pattern was set in motion way before hand.

Now, it is a new day. With election news priced into the markets, (the Dow dropped nearly 400 points at yesterday) where do we go from here? Stock fundamentals are still strong and China keeps pointing to signs of bottoming out. Yes, our fiscal cliff with a democrat in office does not help. But, with republicans reaching out to democrats yesterday, we could be done going down. All speculation, however. The truth is in the charts.

The S&P 500 is now at critical support- the 200 day moving average. Everyone and their grandmother, I’m sure, is watching it. If it breaks- look out below folks. Some of our stops to unwind the leverage in the portfolio will get triggered (as should yours if you are playing it right). I actually think we can hold. But we will not make predictions- just have the plan in place. We will buy the S&P 500 today (UPRO) with a stop below the 200 day moving average ($79.00 per share) as a trade. The other core holdings will remain in the portfolio with no changes until we get the signal to make a move. Updates to follow. 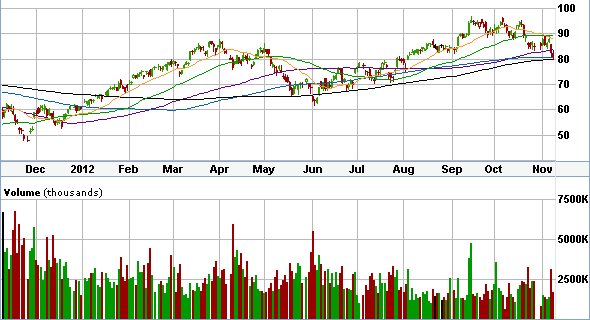