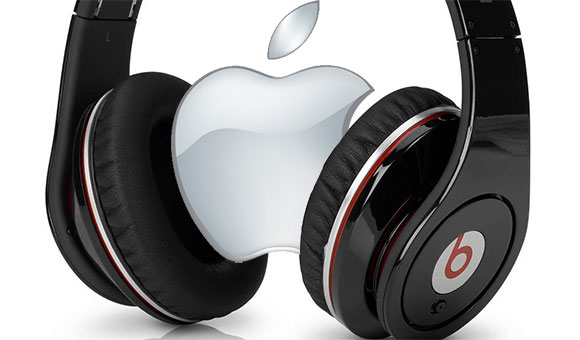 I never do well with Apple (AAPL), every time I buy it I seem to get shaken out. It always leaves me with bitter feelings, especially when I see its ticker scroll by on CNBC in the green. I love it in the red. I always say to myself, when $AAPL gets cheap enough to buy, I’ll get my act together and sell something so that I can switch it out with Apple- the best.

Every portfolio wishes it had Apple, at the right price. I would own Apple right now if I didn’t have another tech holding already in Facebook $FB. A 44 billion dollar buyback program, solid dividend, growth prospects, valuation (it’s cheap), and I guess I could go on but I’ll spare you…superior produts, innovation, acquisition strategies (Beats Audio), a ton of cash on the balance sheet, okay I’ll stop, makes buying Apple an easy decision.

Here is more on the Beats Audio deal:

Apple $AAPL is reportedly on the verge of forking over a mammoth $3.2 billion for hip hop impresario and production legend Dr Dre’s Beats Audio, turning Dre into a billionaire and ensuring that nobody will ever forget about him again.

Now, $3.2 billion is a drop in the bucket for Apple, which is sitting on a pile of cash of up to $150 billion. And Apple $AAPL would get a lot in this deal — namely, Beats’ headphone business and its audio streaming service.

Still, as Business Insider’s Jay Yarow points out, this is a strange acquisition for Apple, a firm that prides itself on its perfectionism. Although Beats sells a lot of headphones, the headphones are widely panned by critics for their relatively poor sound quality.

And Beats Audio’s streaming service is far less popular than market leaders Spotify and Radio. Many will wonder exactly why Apple $AAPL chose Beats when they could probably have bought a less trendy competitor for much less (John Aziz). (courtesy of theweek.com)