The old adage is, “When the $VIX is high, it’s time to buy. If the $VIX is low, it’s time to go”. Usually, when bottoms occur in the VIX Volatility Index, an index that measures investor fear, tops coincide in the S&P 500 ($SPY). If volatility (the VIX) is low, it indicates that investors are acting too complacent, and are not paying enough attention to risk. Reckless, in a way.

The $VIX Is Low, Time To Go 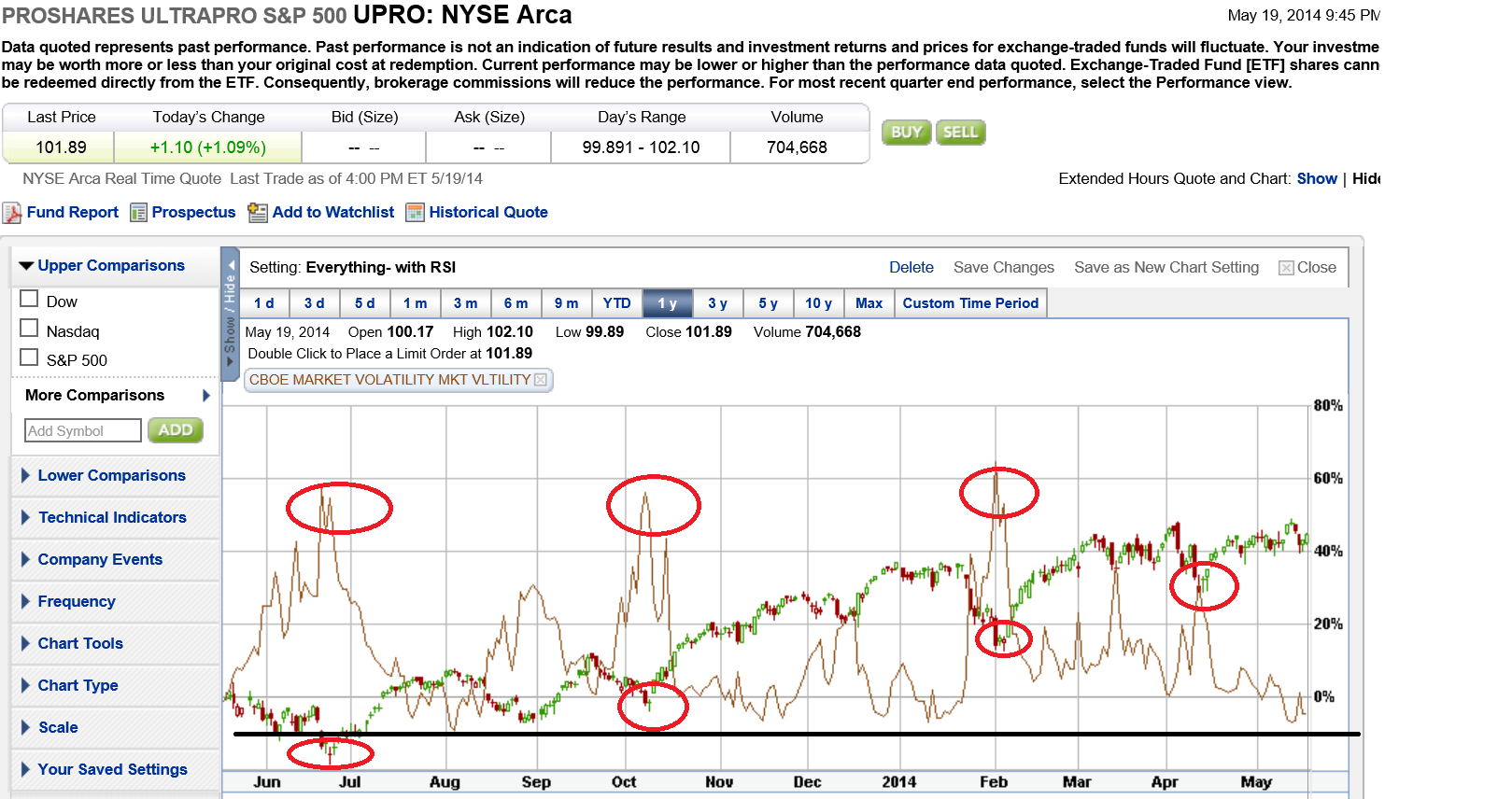 Simply put, as you can see by the chart above, the VIX is low. So, according to the theory, we should be in for a bit of a pullback on the $SPY. However, the $SPY just continues to crawl higher.

To sum it up, we should see volatility pick up this week in the marketplace ($SPY), or maybe next week because of the shortened trading week from Memorial Day holiday. Will the $SPY breakout to new highs next week, or top-out, giving us the correction we have all been waiting for?

So, as you can see, we did indeed make all-time highs, instead of getting the correction all of the bears were calling for. We were definitely on the fence, I’ll give the bears that, as it was possible that the fed was behind the interest rate curve, and we were actually slowing down.

However, when the fed confirmed their growth forecasts for the year, (blaming the slowdown on weather during the first quarter) the S&P 500 made historic highs while the $VIX, consequently, plunged.

Luckily, I was long the S&P 500, (as you know if you are a subscriber) I just didn’t make as much since I kept extra cash on hand to be safe. We’ll see what happens next.