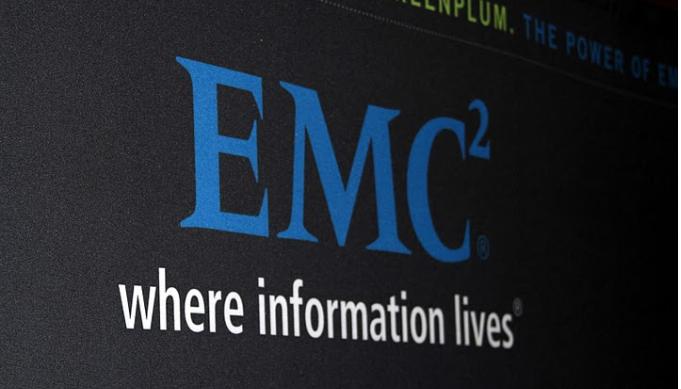 Chart on the left: EMC facing resistance almost exactly at the 38% retracement level (no coincidence). Chart on the right: EMC is at resistance of all moving averages. These signal no buy- (or sell calls). 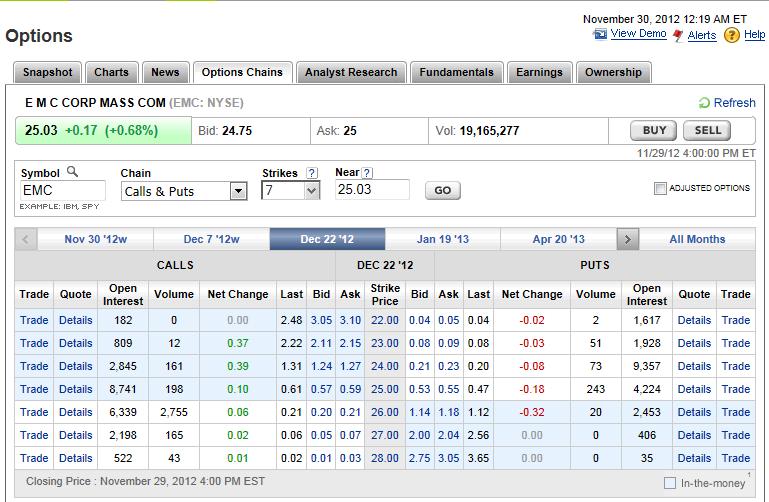 The December 25 EMC calls will give me $57 for doing nothing. They are ITM (in the money) by .03 cents and risk getting called away immediately. Since we are facing heavy resistance above, it would make sense to sell calls here.

Yes, we got the move we wanted as the stock moved lower the following day.